I often get asked about my desk setup. I’ve put a lot of research and thought into my setup, but each desk is personal, and should be modified to fit your space.

For example, I have a window in front of my desk, so I only run one light panel, because of the window. That being said, the gear that I have picked out is pretty solid, and has for the most part withstood the test of working at home 100% over the last year and a half, as well as being fully remote for well over 12 years. 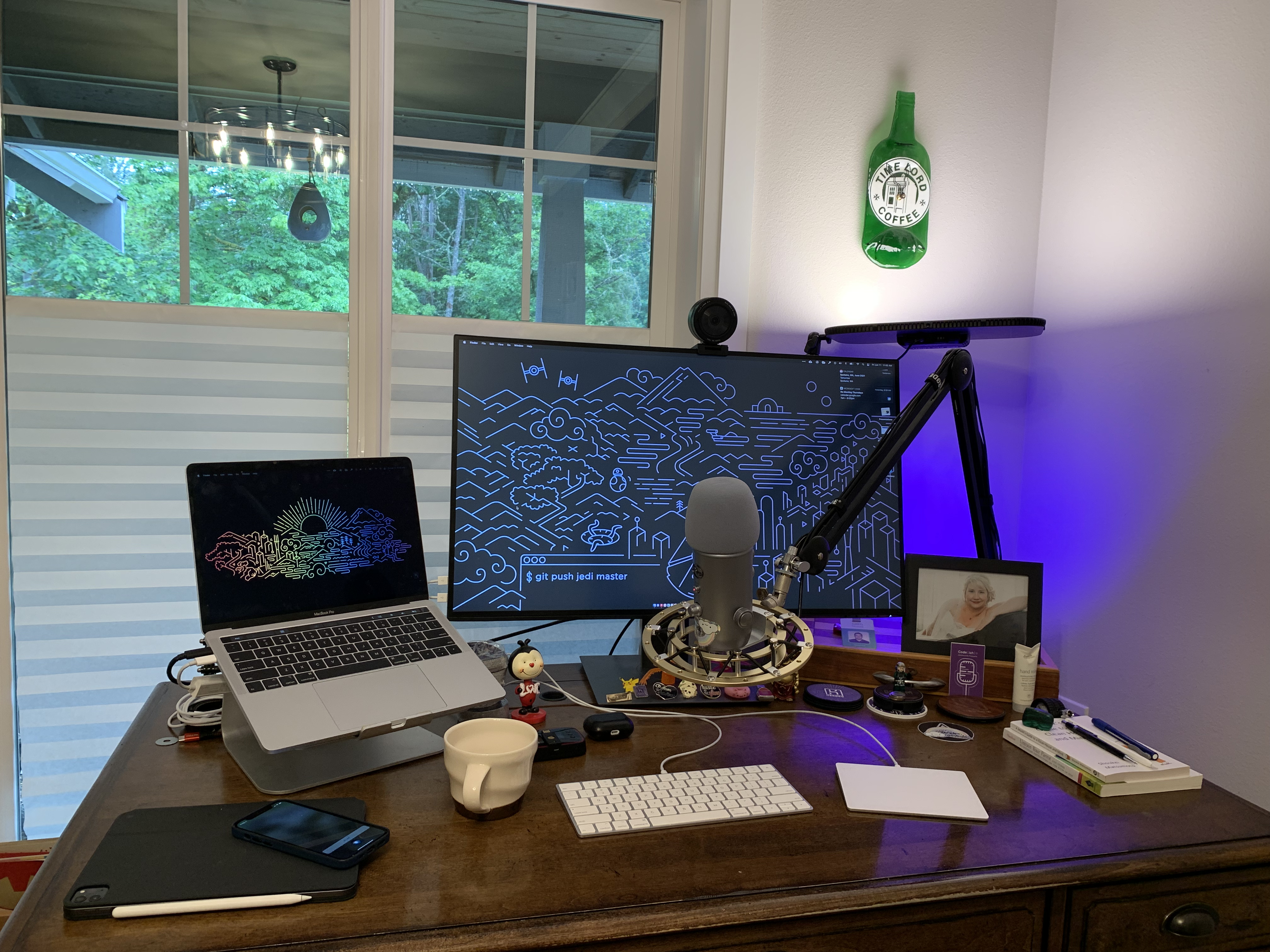 I currently use the following gear for my standing desk:

I run my keyboard and trackpad in wired mode to make swapping computers easier, and to just never have to worry about charging them.